Teambuilding 2018 in Serbia. Exciting activities, logical mysteries and a close encounter with nature. 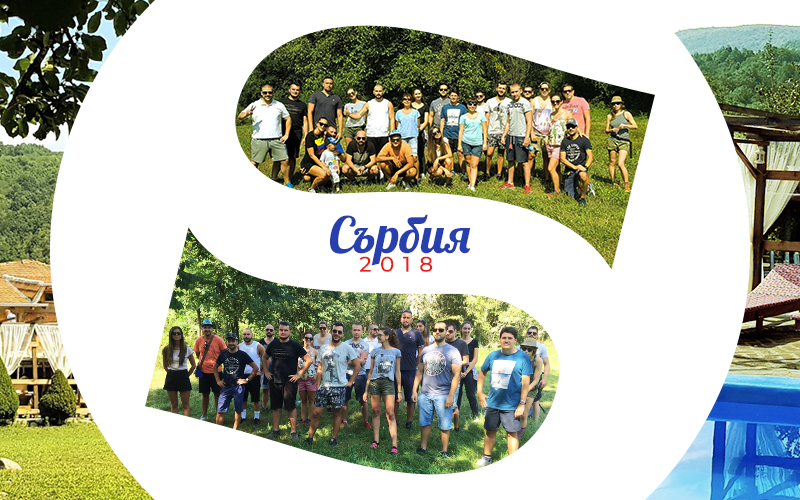 "Work and play are words used to describe the same thing under different conditions."
Mark Twain

In Stenik, often good decisions and working ideas are taken either by snack or by beer. The idea of holding a three-day team building in Serbia in early September was born in one of our lunch breaks, eating delicious burgers. It was definitely time to escape the city noise and the hectic everyday life and especially to have fun as we love.

Early in the morning of 31 August, we headed to the Serbian border. After several mountain hills of Stara Planina, a series of turns and 7-8 charming villages we arrived in the village of Inovo, about 50 km north of the town of Pirot.

Our goal was - Ethno village Srnra - the complex we spent the next three days. Our first impression was the yard - huge, green, cultivated only by fruit trees and small shrubs. We are most excited about the presence of various wonderful animals - cats, dogs, playful janisses, snaking in the meadow and grumbling piglets.

The owner Sasho welcomed us with a delicious breakfast and coffee. A little later he started settling. The atmosphere in the hotel was ethno-style - the rooms are authentic, cozy with local wood furniture and the walls in the corridors - rich in hunting trophies. 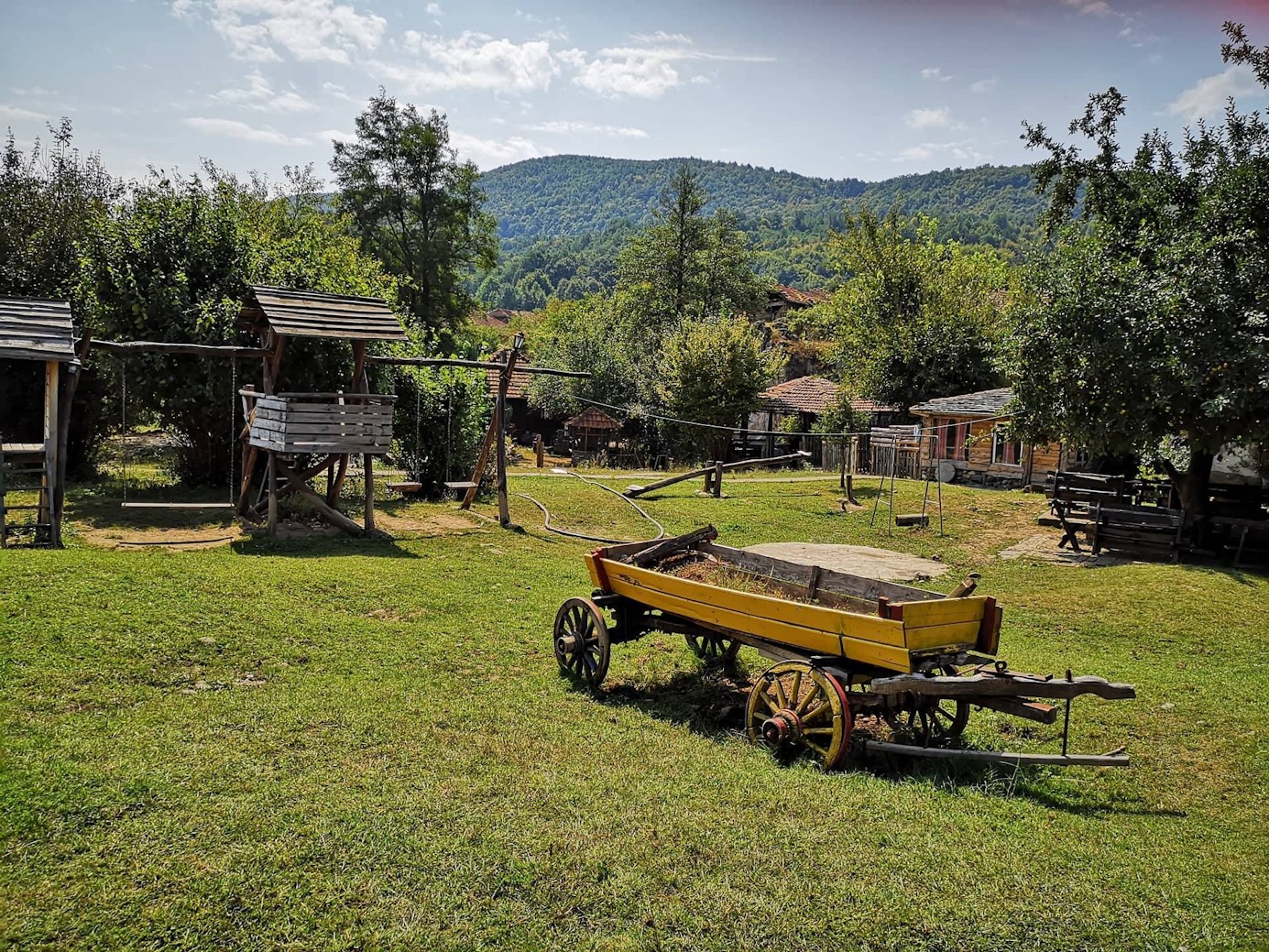 As soon as we stepped into the mountain, the rustling of the river and the smell of trees gave us strength for the whole day, which was extremely interesting. After settling down and celebrating Serbian delicacies at lunch, the entertainment and games began.

The first game that raised the spirit of the team was "Spaghetti Tower". Our manager, Stephen, divided us into 5 teams, using an interesting method for determining each team - according to the date of birth and the month in order to have no bias. Each team was given 30 spaghetti, tape rolls, scissors and 1 marchmelow. The regulation was related to the construction of the tower's highest possible construction by spaghetti with the help of tape and scissors and the setting of a marshmallow peak.

Immediately after the start, all teams began to plan the construction, draw and discuss

This has been a great activity to explore and improve team communication. The construction of the tower itself did not make it difficult for the teams, but the problem with most constructions was that it could withstand the marshmallow.

Not long after the winners were clear - the team of Nicholas, Dimo ​​and Monica, who managed for 30 minutes to design and build a tower with a height of 52 cm. The team members learned to think together and to respect the ideas of others to such an extent that the team will be able to get the most out of the challenge - an important moment not only in the games but also in the corporate reality. 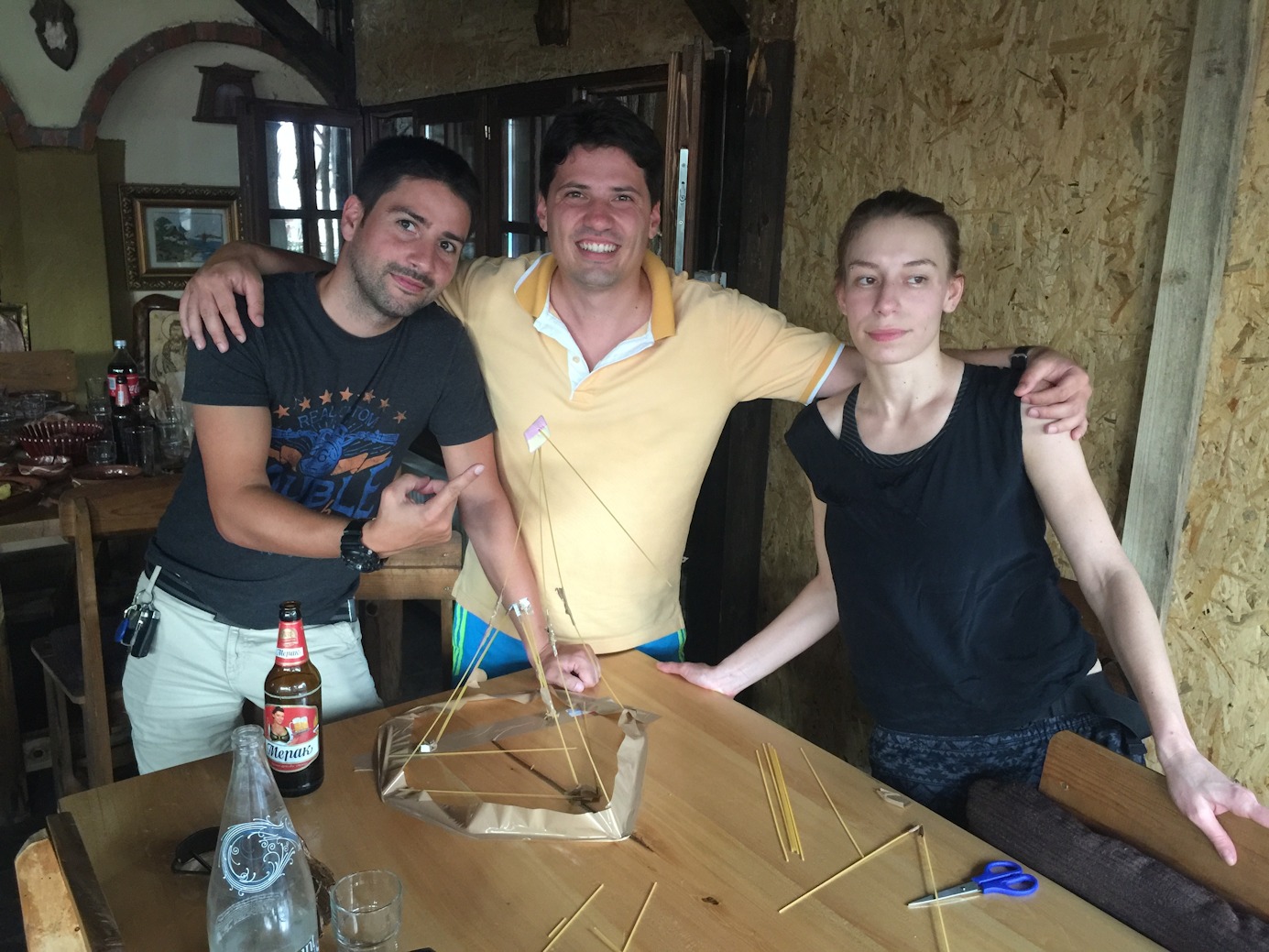 In the afternoon, we dug off the outdoor pool - some swam, some enjoyed the warm sunshine, others played cards. The smallest wall - Jorko decided to pour the green grass in the yard with a hose that was only 10 times bigger than it: D 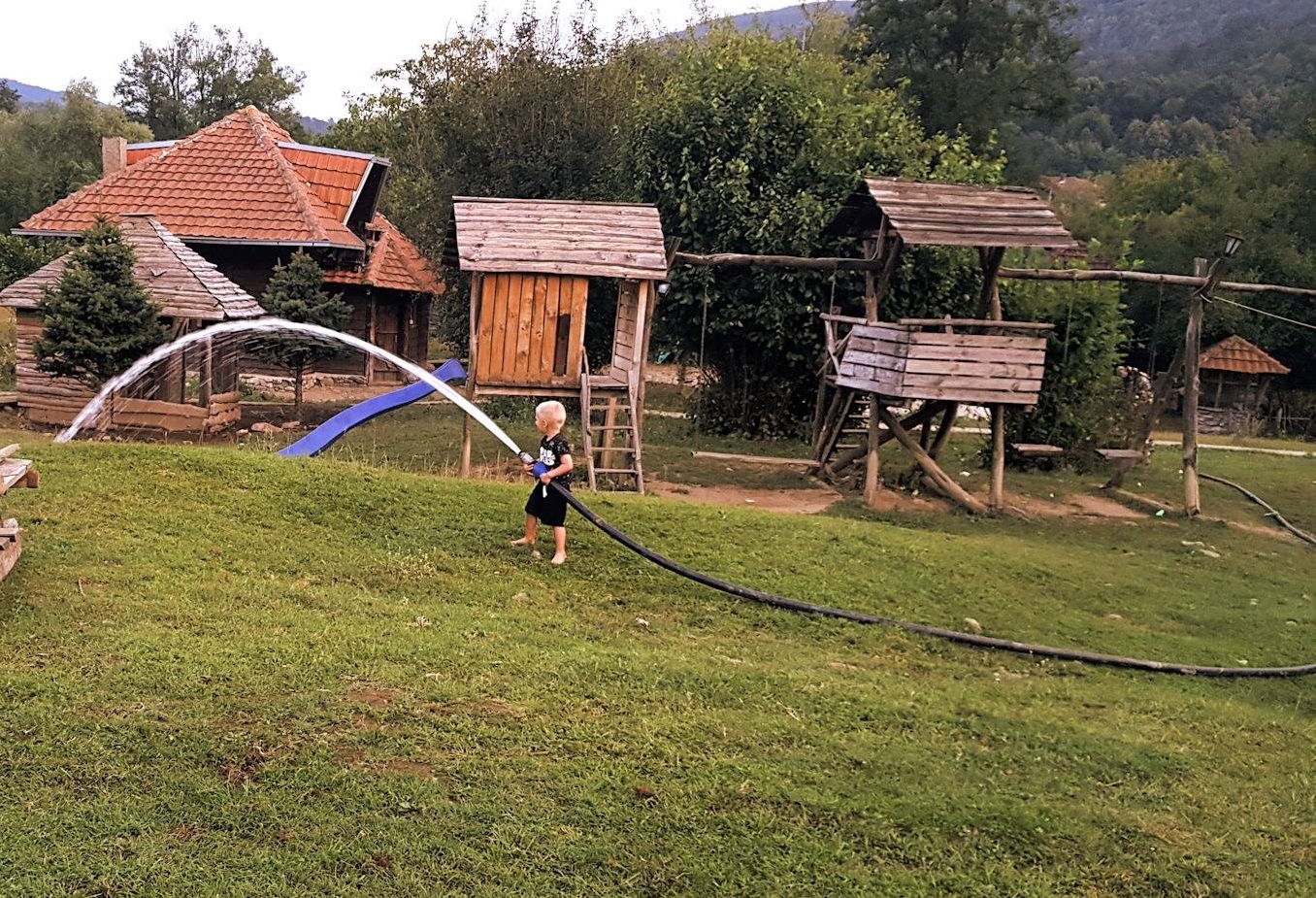 The next game was collective again and continued in the spirit of logical thinking. We randomly chose 5 captains who pointed out their teammates. After we all distributed - the game's regulation was introduced, namely, solving an intelligence test by mixing 30 questions for a time of 1 hour. 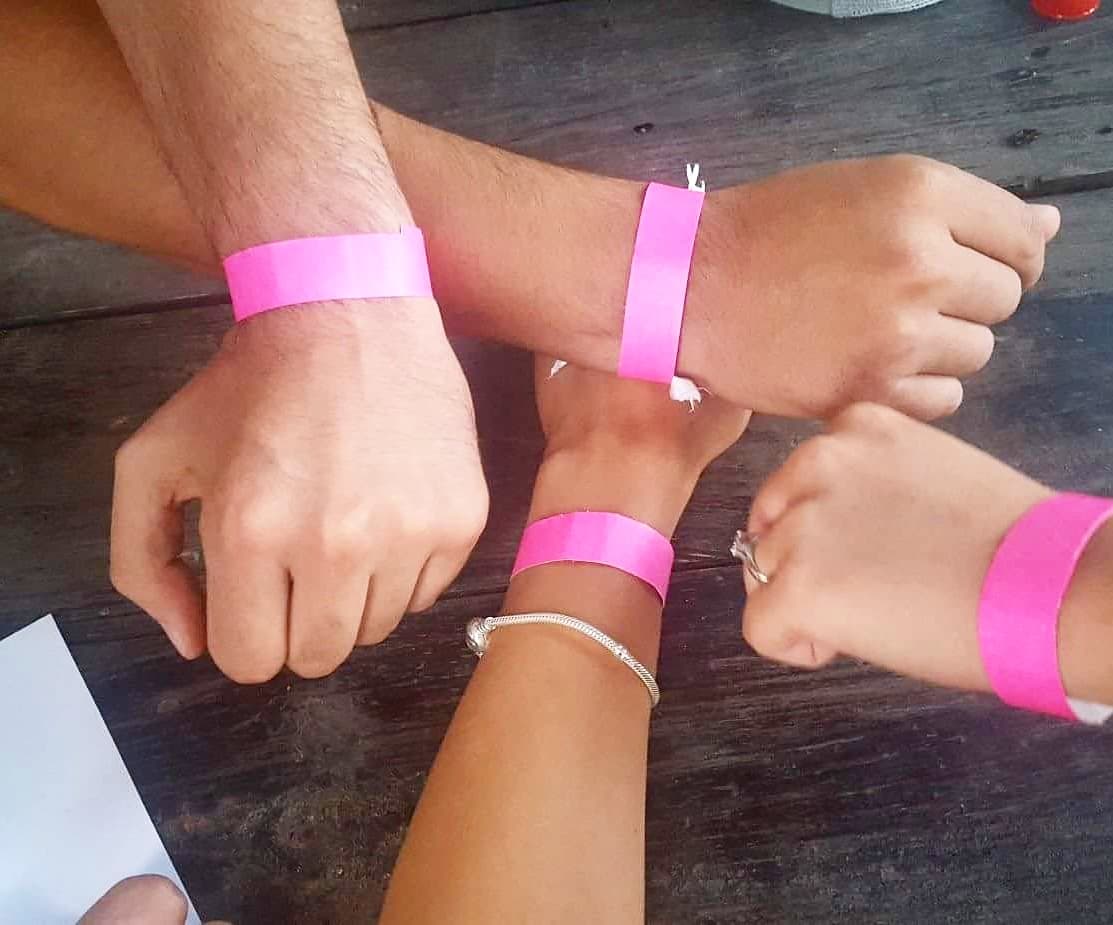 We shuffled our sleeves and started to solve, definitely some questions made us think long and reveal the potential of each team in different spheres. Some of my colleagues showed enormous mathematical skills, others were good at discovering hidden messages and words, others showed strong creativity, concentration, and obscurity.

Once the time has elapsed, everyone has given their answers and the check-up has begun. Each team had collected a small number of correct answers and the results were close. Still, the highest number of points collected by Stefan, Dimo, Dimitar and Lyuboslav. For the team the most important thing was the contribution each team member gave in solving the questions and their correct distribution among teammates, according to their knowledge and strengths. It turns out that, spending so much time together during the week, we have synchronized perfectly. :)

The day flew fast and time for dinner. After we all refreshed, we gathered in the big restaurant of the complex. Especially for us the table was arranged with a delicious meal - traditional cuisine, welcoming us with live music and a pleasant atmosphere. As we all know, Serbs are unmatched, it becomes a word of entertainment and Serbian hospitality! 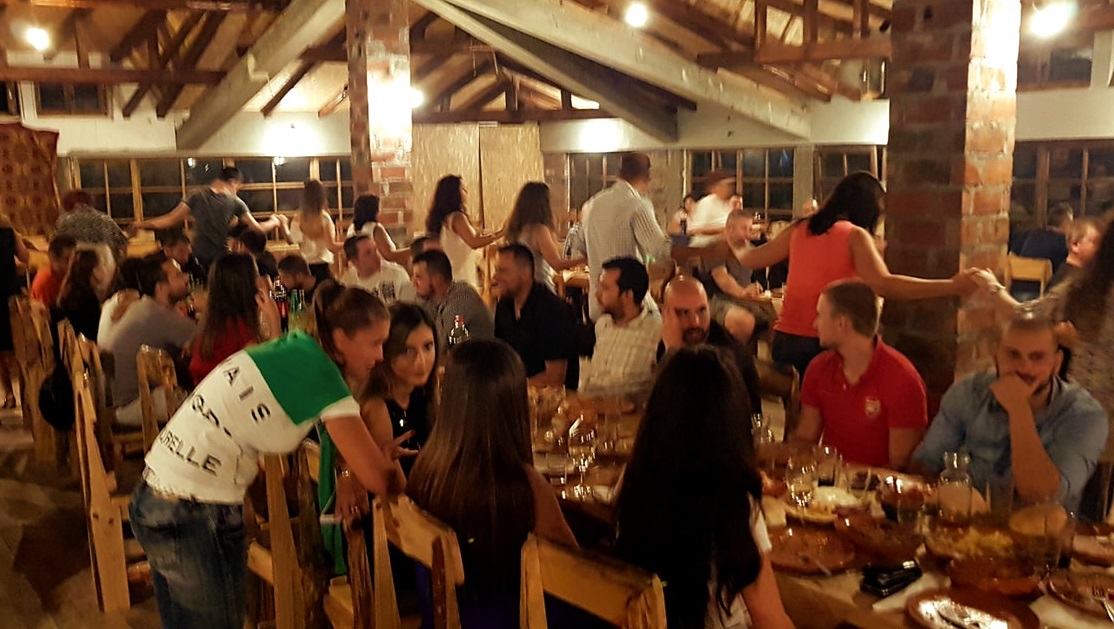 "It is a very exacting phrase, that it was a beat for a soul," he said. "The evening passed into drinking, eating, and especially in songs and dances, and so to dawn.

In the morning, the tables in the small restaurant smelled of a warm banitsa and crispy mackerel, accompanied by other homemade foods - cheese and cheese, shrimp jam and avian. In spite of the lush tranquility of nature, there was no time for laziness. We had a program that we all strictly followed. After breakfast with new strength and comfortable equipment, we were all ready for a march.

Teambuilding is a very special way for people to interact with other people, especially when it comes to certain people. Walking in nature definitely helped us to get rid of the stress and stress. For variety, we combined the 2-game walk, which brought a very different experience to colleagues, and everyone shared the excitement with which they took part until the last minute.

Definitely this game provokes a lot of fun and jokes among us. The whole team ran in four rows one behind the other, each of us imagining that he was holding a little bunny (a familiar childhood memory of many: D) and shared with others where he would kiss him. Once everyone points to a specific location - nose, ears, belly, back, paws, etc. everyone had to kiss the person behind him at the place.

You remember what kind of fun fell at the moment everyone turned and remember where he kissed the imaginary bunny: D

The next game we played on a beautiful green meadow. Each employee pulled one balloon. According to the color of the balloon, colleagues formed 4 teams. The rules included hanging the balloon in a visible place - the waist, the belt, the trousers or the shoe. All teams had 2-3 minutes to figure out how to break the bubbles of the opposing teams.

The goal was to keep one-color balloons - the winner of the game. People with bursting balloons had the right to keep their teammates healthy with balloons. All at the start all went into the "battle" and started popping the opponents' balloons. Only the blue team had prepared a sly strategy - to wait for the other teams to burst their balloons and eventually attack the other survivors, while defending their own. The game was very entertaining and helped the eyed dyx by making the teams work and making them more cooperative and cooperative.

Charged with very positive emotions, we decided to look around and walk through the little paths in the woods. There were a lot of water tests along the route that helped some to refresh some sneakers. The road was ideal for the next game, which was meant to strengthen the trust between us.

#DoYouTrustMe - close my eyes and trust me

Regulation: We split in pairs, each pair had to go through two trials. The first one was to tie his eyes and walk along the mountain path, handed by his companion, without talking and guiding. The second challenge was for the drivers who had to tie their eyes and make several kilometers, focusing only on the words of their teammate. 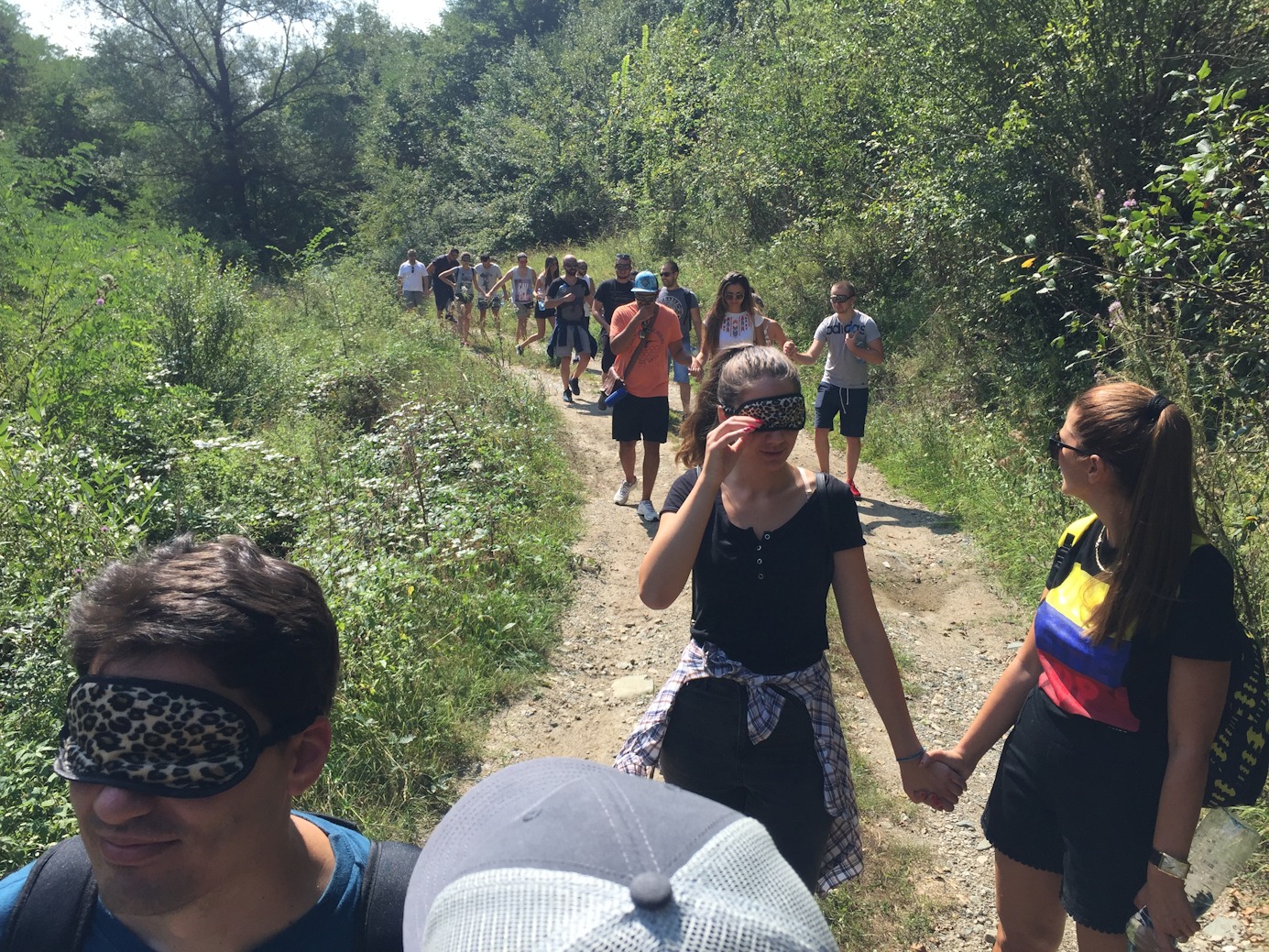 To the surprise of all, no one was able to fall, stumble or even stumble. However, the terrain was really rocky and you have nettles and thorns here and there. Trust has proved to be the unshakable and reliable foundation of getting away together.

After we made our two-hour march, it was time for a warm-hearted part of the day - the team-eating ... Still, nothing exacerbates thirst and hunger more than the wonderful mountain air, so our day is over, as it is appropriate for a table. Meanwhile, while we wait for a delicious lunch, we decided to do something more emotional. Each of us has the opportunity to hold the Totem of Stenik (bundles of rods, the strongest when they are together - just like the Khan Kubrat's Covenant). Each of his colleagues shared with his other answers to three questions - How do you feel? Why are you happy? What do you think about the man on the right? 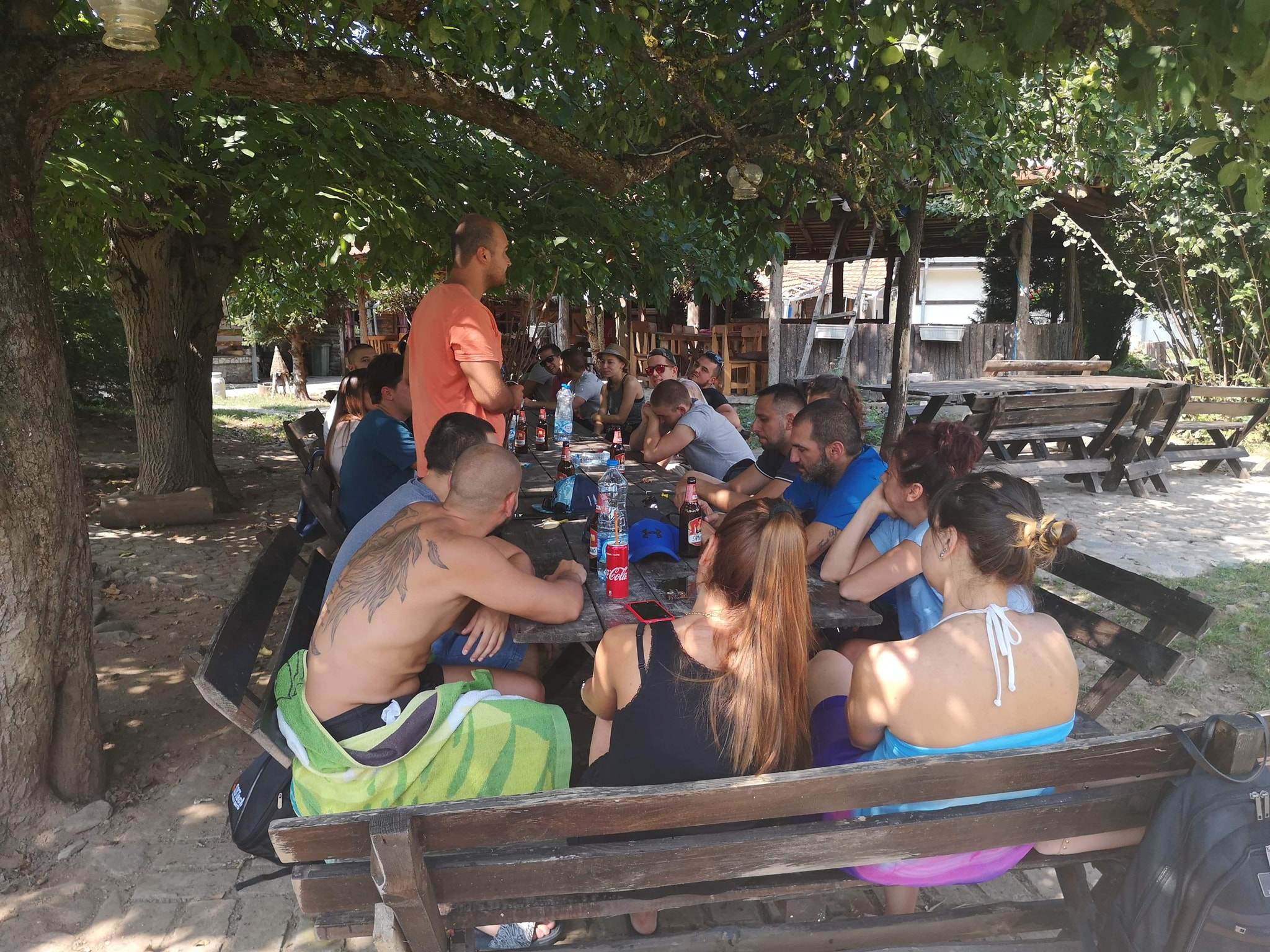 It was a very emotional moment - we felt like a family! Some even managed to cry, others to smile after some colleague's words.

In the afternoon, we continued with various activities - beer and game drinking and swimming in the pool where some showed enviable jumping skills. Because we liked the game logically, we decided to repeat it by mixing the teams. Definitely the second test was much more complex and the faithful answers were often a mirage: D We learned a lot of new things from the tests and motivated us to continue to solve such tasks even when we return to the office.

The second evening continued with the sounds of Serbian and Bulgarian songs, where we played several hits. A special Kobra brass band also played for us, which hastened the rhythm and managed to raise the degree of joy. 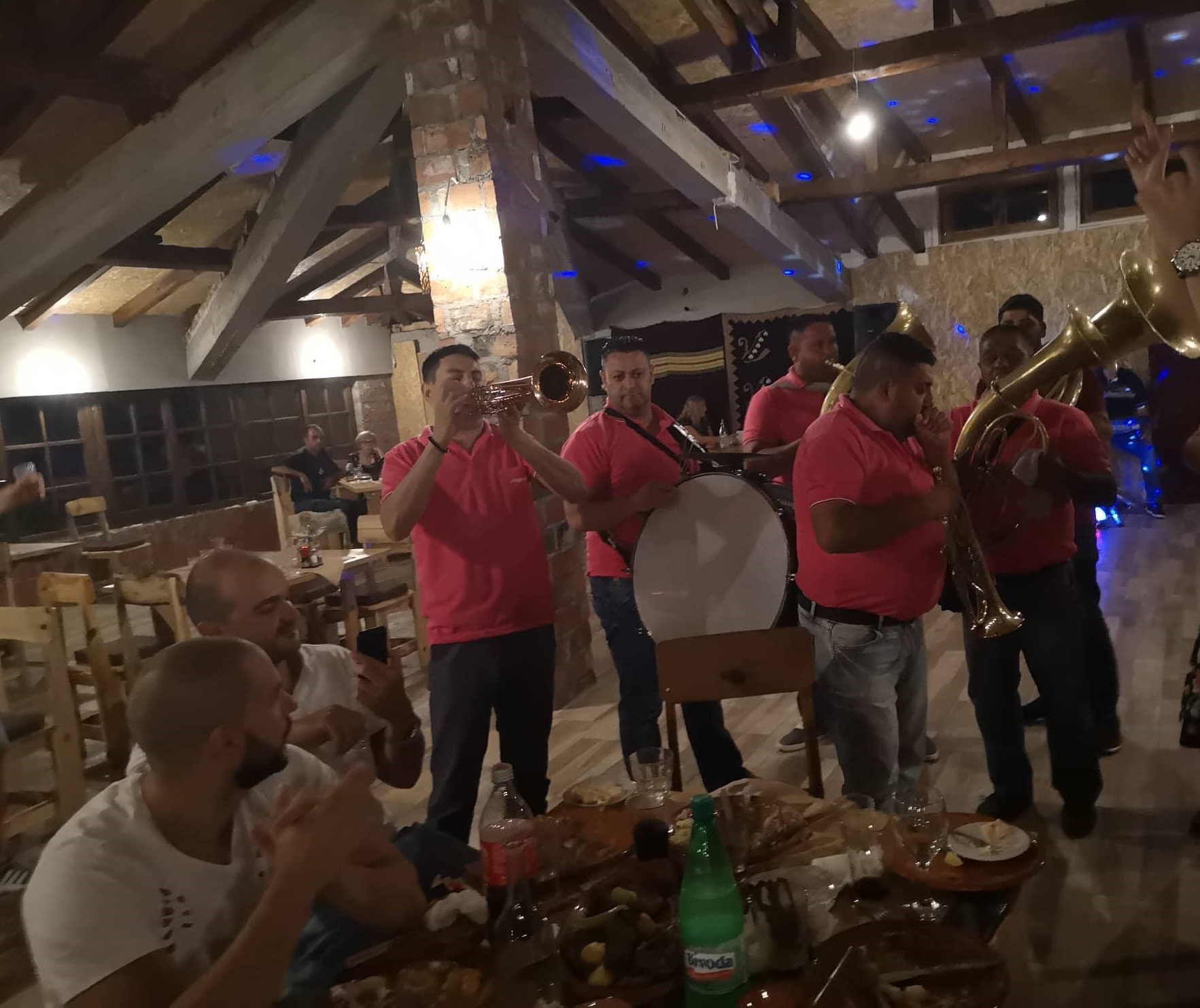 Most memorable was the moment when they solemnly announced the "entrance of the pig" around which the guests of the complex showed excellent dance skills.

Serbia has been a well-chosen place suitable for a joint emotional adventure. There is no second opinion - we have done well.

The main goals of teambuilding this year were rallying with new colleagues and relieving stress, and the results surpassed everyone's expectations ... Logic thinking activities, confidence challenges, and effective communication and feedback games have yielded the result we see every day in the office. Team games, besides endless laughter and jokes, provoked the creativity, the imagination and the desire to achieve the best possible result in everyone.

With every teambuilding going up, we raise the level and we can not wait to organize the next ...;)

More photos from our teamwork in Serbia can be seen in our album on our Facebook page :)

Dobe Boyanova has been working as Sales & Marketing Coordinator in Stenik since 2015. Her experience is in marketing, PR, corporate communications, social networking, partnering and customer service.

Do not miss out on news!

Be the first who knows about our promotions! Sign up here for the newsletter!

Stenik is a golden partner of Amasty: we get priority support and lower prices

Stenik stayed home due to COVID-19, available for clients and partners!

We became part of Magento Live 2019 in Amsterdam

Stefan Chorbanov and Dimitar Dimitrov from Stenik share their vision for the future of e-commerce: beyond the shopping cart on the pages of FORBES Bulgaria

GDPR solution for Magento online store. We have it!

How did Aiko achieve a 50% reduction in online processing time?